FSU study discovery to aid treatment of HIV and hepatitis B

A discovery by a Florida State University College of Medicine researcher is expected to open the door for new and more potent treatment options for many of the more than 36 million people worldwide infected with the HIV virus and for others chronically ill with hepatitis B. The work has established for the first time the mechanism responsible for how two widely used antiviral drugs inhibit viruses.

In a paper published by Communications Biology journal from Nature Publishing Group, Professor Zucai Suo and colleagues also provide the key to understanding how a single HIV-1 mutation can inactivate the anti-HIV drugs emtricitabine and lamivudine. Those drugs are worth billions in annual sales for the companies that make them, and the frequency of patients who develop resistance creates serious and dangerous obstacles to controlling the disease.

Emtricitabine also is approved for use in patients with hepatitis B, which afflicts 270 million people worldwide, according to the World Health Organization.

The paper suggests new pathways for developing drugs able to avoid specific virus mutations that can render these two blockbuster L-nucleoside drug treatments ineffective for many patients. It’s not unusual for patients undergoing treatment to develop a resistance to their prescribed anti-HIV medications, leaving physicians with three options: adjust the treatment regimen, temporarily interrupt therapy or continue with an only partially effective regimen. For patients who have failed their first treatment regimen, or even a second, doctors typically try to salvage the current course of treatment by adjusting the combination of drugs. But for patients who have failed multiple treatment regimens, there are limited options to suppress the incurable virus. And the number of drug choices available when one combination fails is limited. More than a million of those infected live in the U.S.

“In our paper, we suggest new chemical possibilities for more potent L-nucleoside analog drugs, which may possess different drug-resistance mutation profiles from the most widely used current anti-HIV drugs,” said Suo, the study’s co-lead author, and an Eminent Professor and the Dorian and John Blackmon Chair in Biomedical Science at the FSU College of Medicine. Eric Lansdon of Gilead Sciences is the co-lead author.

“Right now, there are a limited number of FDA-approved drugs available,” Suo said. “New drugs need to be developed if doctors are to have other options when treating so many patients who may have developed resistance to most of the FDA-approved anti-HIV drugs.”

The drugs remain highly effective in keeping the disease under control for most patients, but some patients develop a resistance due to mutations within the HIV virus.

Suo’s paper explains how the class of HIV drugs known as L-nucleoside reverse transcriptase inhibitors (L-NRTIs) work. L-NRTIs block an enzyme that HIV needs to replicate, but they were discovered through blind trials. Important details about the underlying mechanism triggering L-NRTIs have remained a mystery, as well as a source of controversy among the scientists who study them.

“The enzyme has a unique pocket and supposedly recognizes NRTIs, but not their structural mirror images — L-NRTIs,” said Suo, who grew curious about the mechanism behind L-NRTI drugs as a graduate student. He’s been motivated since then to understand and explain the mechanism involved, which he does in his paper — one of six he has published involving L-NRTI research.

Florida State University has the story. 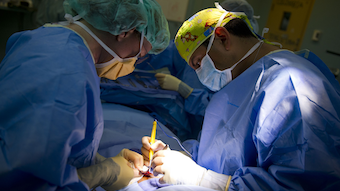 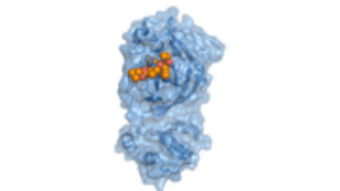 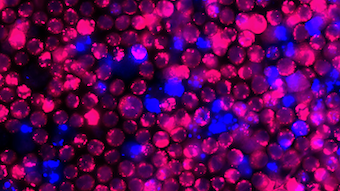 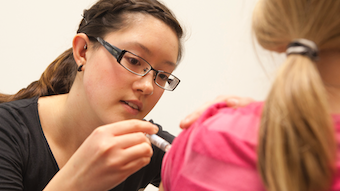 Full influenza vaccination for children cuts hospitalization in half 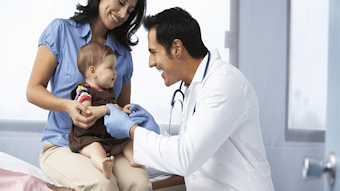 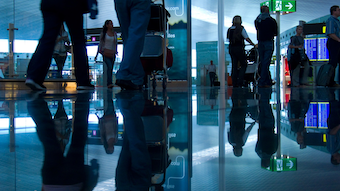 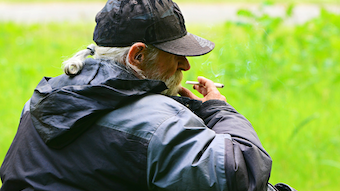 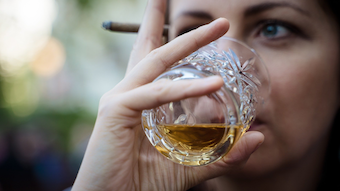 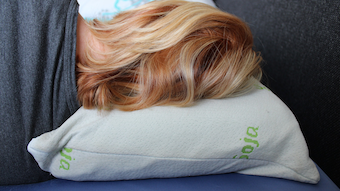 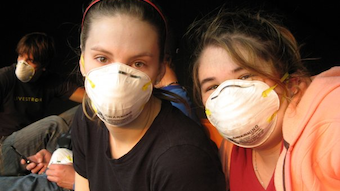